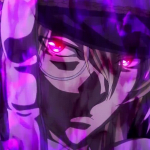 Hi, welcome to Magical Girl Lyrical Nanoha Wiki! Thanks for your edit to the File:Matti.jpg page.

Hi, thank you very much for your uploads. I noticed, however, that you do not provide descriptions for your files, which isn't technically required, but it makes managing images a lot easier. Please see Project:Image and video policy for a short rundown on how to tag images so they appear in automatically generated galleries. Thanks! --Koveras Alvane (talk) 08:56, September 16, 2016 (UTC)

Hi again. You should really read that policy I linked above, you know. Miscellaneous galleries like the one you added to Hades Vandein's page are not allowed on this wiki, so I'll have to delete all of your uploads that I cannot find a specific use for... --Koveras Alvane (talk) 20:41, September 17, 2016 (UTC)

I can but oh well K.Hayes has already upload the picture and that pic is the only one of full preview of Blaue Trombe in ViVid anime. --GODLIKEUndertaker (talk) 5:22, October 28, 2016 (UTC)

Hey. Can you repost what exactly the Megami article said about Midchilda's magic? It's very interesting to me, but the way it's worded is kinda ambiguous. Does it mean that Midchilda does not have many mages born on it? Or that casting magic is generally discouraged on it in favor of using technology? Or something else? --Koveras Alvane (talk) 09:10, December 4, 2016 (UTC)

Well I got it from the Chinese site and there is some Chinese guy translate it into Chinese (Well it not fully translated yet), Tzusuki take a interview in the Megami Magazine and telling about Nanoha Reflection and ViVid Strike! I think maybe it is mean Midchilda does not have many mages born on it because I can't understand what is this "Midchilda is a low magic world" mean.

http://tieba.baidu.com/photo/p?kw=%E9%AD%94%E6%B3%95%E5%B0%91%E5%A5%B3%E5%A5%88%E5%8F%B6&flux=1&tid=4885716876&pic_id=be89b47eca806538048fb6049edda144ac3482dd&pn=1&fp=2&see_lz=0 (Pic + Japanese words)
Nanoha Reflection Information form Megami Magazine
Midchilda is a low magic world, the world which have a advanced technology and magic, technology and magic are opposites and it also is unified relationship, magic is only for the aristocratic (TSAB and Saint Church) and the people with magical aptitude used no matter in Midchilda era, Saint King era or Belka era.
Not sure if this translation is right because the guy who translate it didn't translate this part, I just get it from some of comment in that topic and translated it myself.

When I read this information, I was thinking is Tsuzuki forgot what he is doing in the previous season? If Midchilda is a low magic world, then how is TSAB are able to control and protect Midchilda and other planet? If magic is only for the aristocratic and the people with magical aptitude used in all era, why the people from Belka era and Saint King era are able to learned magic?? It also have so many contradiction that I don't know how to said about it. --GODLIKEUndertaker (talk) 11:43, December 4, 2016 (UTC)

It is only the fans' over-discussion on the interview of Tsuzuki regarding ViVid Strike! in the same magazine, right after Nanoha Reflection pages. The magazine did not mention any terms related to "low magic". The interview question is like "In VVS, what is the position of magic/spells and Devices?" and Tsuzuki replied "Since this series focuses on sport-combat, settings like magic/spells and unnecessary things not related to VVS content are avoided." This is somehow for preventing people watching solely VVS from getting confused. Tsuzuki further mentioned "In the original Nanoha series, other than certain special skills/technologies used by Academies as well as Specific Organisations, magical technology is something very convenient BUT just not easily accessible by ordinary persons or civil servants. Hence in VVS (combat oriented, no involvement of TSAB), magic is mainly linked up with 'defensive equipment' and 'safety device'." The fans' argument regarding "aristocratic" is just their elaboration on Tsuzuki's words about "skills/technologies used by Academies as well as Specific Organisations" mentioned above. You should avoid mixing up fan discussion and canonical contents. --Hades (talk) 17:37, December 4, 2016 (UTC)
Moreover, Belkan era is not mentioned in neither Nanoha Reflection nor ViVid Strike! interview. --Hades (talk) 17:38, December 4, 2016 (UTC)

Yeah, it looks like we have to be careful with second-hand citations like that one. It has been long established that not everyone on Midchilda is born with magic capacity, so it makes sense that the writers can easily scale the scope of magical use in every particular installment. But the Mid has a lot more magic than Earth, from which only two known natural-born mages have originated, so calling it "low-magic" would be slightly misleading, even if the majority of its population are non-mages. --Koveras Alvane (talk) 20:25, December 4, 2016 (UTC)

I see, I'm sorry that I was confuse because there are so many people do a discussion about this in Chinese site after they reading the magazine. --GODLIKEUndertaker (talk) 08:18, December 5, 2016 (UTC)

It is fine. If there are material news/changes without direct or solid sources, we can raise it out in the article's talk page instead for further discussion. --Hades (talk) 16:39, December 5, 2016 (UTC)

Hey man, your edit on Kyoya's page seems to have broken the semantic annotation linking to the Lyrical Toy Box. It's not your fault, but I have been trying to figure this bug out for ages now, so maybe you can help me. Can you describe to me how exactly you edited that page, if you can remember? Do you use the Visual Editor or the source code editor? Which browser do you use to edit? Thanks a lot! --Koveras Alvane (talk) 20:44, June 26, 2018 (UTC)

I uses Source Code editor with Google Chrome everytime I edits. Opps I didn't notice that bug until you mentioned it now, I should have check my edit properly first before I publish it. To be fair, this bug is always happened everytime when the Classic Editor showed as the Visual Editor instead of Source Code Editor. (It's works fine when Classic Editor showed as the Source Code Editor) This happened to me a lot of times especially during slow connection. --GODLIKEUndertaker (talk) 03:53, June 27, 2018 (UTC)

What do you mean by "Classic Editor showed as the Visual Editor instead of Source Code Editor"? What is the Classic Editor? I only ever use the Source Code editor, so I have no idea. :( --Koveras Alvane (talk) 06:22, June 27, 2018 (UTC)

Well I meant this. For short answer, yes the causes of this bug was Visual Editor. Sorry if I wasn't answered the question in a good way. --GODLIKEUndertaker (talk) 08:04, June 27, 2018 (UTC)

Yes! That's it. I didn't know that we even still had a third editor, since I always use the source editor, and neither Source editor, nor Visual Editor break the semantic annotations. Thank you very much for helping me find it! --Koveras Alvane (talk) 08:20, June 27, 2018 (UTC)

I know that this place isn't really the place to ask, but I have to. I see you have gotten your hands to at least one of the pages of chapter 6 of Reflection in electronic form. It doesn't look like you scanned it yourself. So mind telling me where did you find the JP one, since otherwise the translation of Reflection is stalled, or I'll have to rely on Japanese > Chinese > English translation... Thanks anyway with that one page CetvrtaDimenzija (talk) 16:24, July 20, 2018 (UTC)

I found it from Plurk. Well the guy who uploaded the JP scans are only uploaded a few pages to discuss what's the story is about in Chapter 6. (StrikerS Nanoha make a cameo appearance in this chapter lol) --GODLIKEUndertaker (talk) 11:39, July 21, 2018 (UTC)

Could you ask for more, or link me if there is more than this page, please? Because as is, I'll either have to go off from a JP > Chinese > suspicious > English translation. And to give you an example of the quality of Chinese translation, on that page, they say that husband, brother and sister of that girl and husband's UNCLE are into martial arts... Which made no bloody sense. Yet that's how chinese translated it. CetvrtaDimenzija (talk) 16:06, July 21, 2018 (UTC)

Haven't read the chapter in Chinese yet but wut? Did the Chinese translators just transliterate that Japanese kanji (叔母) into Chinese pinyin? As for the remaining raw pages, well here's the link. (Keep in mind the uploader is written the Chinese words) --GODLIKEUndertaker (talk) 16:54, July 21, 2018 (UTC)

[They used 丈夫家的叔父], for whatever reason. Oh, and that's not just couple pages. This chapter is MUCH shorter, at about 14 pages, or 13 if we exclude one splash page with ONE word on it, so that makes it 6/13 pages. Man, I'm sure there are raws somewhere on the Chinese speaking parts of the web, but they might as well be in the deep web or something due to the language barrier. And I'd buy this thing if I didn't need to buy it physically and ship it to this ass end of nowhere.
Oh well, I guess I can't ask more of you. You did me a big one anyway.
PS. Leaonheart? Huh, I know about that guy. At least I know of his blog. I used some of his synopses to cross-compare things early during the GoD translation when I was TERRIFYINGLY BAD.CetvrtaDimenzija (talk) 17:22, July 21, 2018 (UTC)

Retrieved from "https://nanoha.fandom.com/wiki/User_talk:GODLIKEUndertaker?oldid=32407"
Community content is available under CC-BY-SA unless otherwise noted.